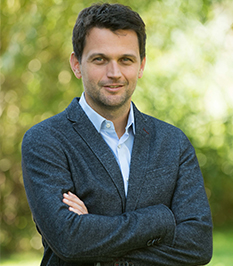 From my early childhood onward my life has been shaped by sports – not least of all through the activity of my father Gerhard, among other things in his position as physician for the Austrian national cross-country skiing team at the 1992 Winter Olympics.

Following my graduation from the National Gymnasium Ried in 1995 I concentrated on my sports career in biathlon. Among my greatest successes was winning the World Cup in 1999 in relay and European Championship 2001 in single. In 2003 I finally ended my sports career in order to concentrate on medical studies at the University of Innsbruck. I finished my studies in 2009.

I completed my training as a general physician in the BHS Hospital in Ried im Innkreis and in teaching practice with Dr. med. Kurt Reisinger in Aspach.

Since 1.1.2013 I provide care and treatment for our guests at the Revital Aspach Health Center as well as the attached Medical Health & SPA Hotel Villa Vitalis.

To maintain my loyalty to sports I have completed training as a sports physician and have been active as Expert and Co-Commentator for the ORF biathlon competition.

Since 2014 I have been running the alternative medical practice “Beck & Beck Physicians” together with my father Gerhard.

The focus of our practice lies in the connection between conventional medicine and holistic medicine as well as prevention and sports medicine. We base our patient care on the holistic vitalis med concept which we developed together.

Study of human medicine at the Medical University of Innsbruck, 2003-2009
Internship for general practice medicine at the Barmherzigen Schwestern Hospital in Ried im Innkreis, 2009-2013.

Born 1976 in Innsbruck
Married to Martina, daughters Hilde and Maria, son Toni.
I devote my free time to my family and sports, also practice beekeeping and love to travel.