Physician for General Medicine and Expert on Holistic Medicine 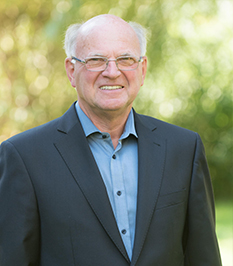 After my medical study and internship I began my career as a community physician in Höhnhart (Upper Austria). From the very beginning my main focus, apart from conventional medicine, has been holistic diagnosis and above all prevention.

In parallel – conditioned by my own engagement in sports as a Nordic winter sportsman – I accumulated extensive know-how in the areas of performance diagnostics and sports medicine as well as rehabilitation following orthopedic and trauma surgery. I have applied this know-how at the Therapy Center “Reha Sport Aspach” (Institute for Prevention, Regeneration, Rehabilitation and Sports Medicine in Aspach), which I founded together with my wife Regina in 1991, and since 2004 at  „Revital Aspach – Health Center“

Desiring not to invest most of our efforts in conventional “repair medicine”, and instead to concentrate more on the holistic approach and on prevention, we opened in 2012 the  Medical Health & SPA Hotel Villa Vitalis, which is attached to the health center Revital Aspach.

Since 2014, I together with my oldest son Günther have been running an alternative medical practice, “Beck & Beck Physicians”, where we treat patients according to the vitalis med concept that we jointly developed.

Since 1988
Sports medical supervision in the areas of performance diagnostics and competition.

1991 – 1994
Physician for the Austrian national cross-country skiing team, accompanying the team at the 1992 Winter Olympics.

2004
Opening of the Revital Aspach Center for Modern Health Management, created as an expansion of Revital Aspach. Manager and Medical Director.

Born 1950 in Höhnhart
Married with Regina, sons Günther and Peter.
I like best to spend my free time with my family, and love sailing. In addition I continue to be active in sports as the head of the Höhnhart Sports Club.